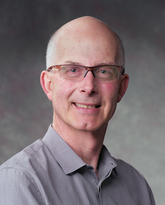 Department of Electrical and Software Engineering

Dr. Okoniewski’s research is interested in many aspects of applied electromagnetics, ranging from computational electrodynamics, to reflectarrays and self-configuring antennas, as well as re-configurable computational hardware. He is also actively involved in bio-electromagnetics, where he works on tissue spectroscopy and cancer detection. For the last several years he has worked on using electromagnetic, radio frequency (RF)  energy in enhanced oil recovery, for which he has authored several patents.

Dr. Okoniewski received his MSc and PhD from the Gdansk University of Technology (Poland), and had his post-doctoral training at the University of Victoria. He has published over 100 journal articles and over 300 conference papers. He is also  the Chief Scientist and Director of Acceleware.