UCalgary Chancellor Deborah Yedlin and President and Vice-Chancellor Ed McCauley are pleased to announce an outstanding lineup of speakers for the spring ceremonies, including university and community leaders and industry experts.

“Incorporating convocation speakers into future ceremonies will provide the opportunity for our graduating students to hear from a range of accomplished, inspirational and outstanding members of our community,” says Yedlin. “We are excited to launch this new format at the same time we welcome back graduates and their guests in person to celebrate the Class of 2022.”

Convocation speakers will be featured at ceremonies where no honorary degree is being awarded. The University of Calgary will now award two honorary degrees in the spring and two in the fall, with recipients continuing to deliver the main address during the ceremony in which their degree is conferred.

To read the speakers’ profiles, visit the convocation website.

Dr. Verna Yiu, MD, is one of Canada’s most respected health-care leaders. She served as president and CEO of Alberta Health Services (AHS) from 2016 to 2022. Over the past six years, she has transformed the way care is delivered to Albertans by optimizing integration of care, improving efficiencies and launching the province-wide clinical information system called Connect Care. Yiu has spent more than two decades in leadership roles in academia and government.

Peter Tertzakian is an adjunct professor at the Haskayne School of Business, the managing director of ARC Financial and the deputy director of the ARC Energy Research Institute. A respected public speaker, podcaster, blogger and author, Tertzakian has devoted his career to energy, first as a geophysicist, then as an economist and investment strategist. He has written two bestselling books on the energy industry.

John Stackhouse is a national bestselling author and one of Canada’s leading voices on innovation and economic disruption. He is senior vice-president in the Office of the CEO at Royal Bank of Canada, leading the organization’s research and thought leadership on economic, technological and social change. Previously, he was editor-in-chief of the Globe and Mail and editor of Report on Business. He is a senior fellow at the C.D. Howe Institute and the Munk School of Global Affairs and Public Policy and sits on the boards of Queen’s University, the Aga Khan Foundation of Canada and the Literary Review of Canada.

Dr. Richard Sigurdson, PhD, has served as the dean of the University of Calgary’s Faculty of Arts since 2012. He has spent 25 years in academic and administrative roles in universities across Canada. He has written dozens of peer-reviewed papers, contributed to several books, and is the author of Jacob Burckhardt’s Social and Political Thought (U of T Press, 2004). He remains active as a political theorist, with a recent research focus on the politics of nationalism, specifically on national identity and how it affects public policies on immigration in different countries.

Naheed K. Nenshi, A’paistootsiipsii to the Blackfoot Confederacy and IItiya to the Tsuut’ina Nation, served as Calgary’s mayor for three terms between 2010 and 2021. Prior to his election, Nenshi served as Canada’s first tenured professor of nonprofit management at the Bissett School of Business at Mount Royal University. He was a management consultant for McKinsey & Company and ran his own firm, The Ascend Group. Nenshi is an alumnus of the University of Calgary, where he served as president of the Students’ Union.

Dr. Penny Werthner, PhD, is a professor and dean of the Faculty of Kinesiology. She has served in this position since 2012. Her research is in the area of lifelong and social learning, particularly in the area of high-performance coaches; leadership, particularly women’s leadership experiences and learning; and heart rate variability biofeedback and neurofeedback for optimal performance in high-performance sport. She is also a former Olympic athlete, representing Canada at the 1976 Summer Olympics in the women’s 1,500 metres.

Read about the Spring 2022 Honorary Degree and Order of the University of Calgary recipients. 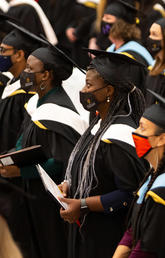 Celebrate convocation in person this spring 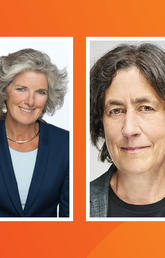