A University of Calgary alumna is currently leading a company at the forefront of COVID-19 testing in part of the west African nation of Nigeria.

After graduating from UCalgary with a master's in biomedical technology in 2003, Dr. Voke Toye, PhD, returned home to start a small biotechnology company named Biologix in Lagos state in Nigeria (not to be confused with Nigeria’s largest city, also named Lagos).

After years of growth, Toye’s company began advising on training procedures for staff at the Lagos State Biobank in January. When the world was struck with the COVID-19 pandemic a couple of months later, Biologix staff joined the team responsible for increasing the state’s COVID-19 testing capacity. The Biologix lab team is pictured above.

In July, Biologix was included in the state’s first phase of lab selection for its testing network.

“The impact of our training workshops and addition to the state’s testing network is far reaching especially during this pandemic,” says Toye. “We used to send samples to other countries for lab testing, which is expensive. Now, we can perform the testing in our own country, in our own labs because we have improved our skills and lab testing infrastructure.”

Toye credits her success with Biologix in part to her time in Calgary, a relationship that continued long after she earned her master’s degree. After graduation in 2003, she enrolled at the University of Lagos to complete her PhD in cell biology and genetics. During this time, she realized there was a gap in life sciences training due to a lack of equipment and limited field experience of the lecturers. She decided to do something about it.

Partnering with the Indigenous, Local and Global Health Office

Toye knew of ILGH’s Bioinformatics and Molecular Biology Training Initiative that was developed by Hutchins and van Marle. Its focus is to improve hands-on lab experience and knowledge for researchers and scientists in low-to-middle-income countries; she felt this model could be used to bridge the knowledge and lab skills gap in Lagos state. Toye, van Marle and Hutchins began hashing out details until a plan was formed.

Toye returned to UCalgary later that year as a visiting scientist along with a few scientists from other low-to-middle-income countries to participate in the Bioinformatics and Molecular Biology Training workshops. “For three-weeks we were immersed in train-the-trainer sessions, allowing us to return home and share the knowledge and teach necessary skills to fellow scientists, students and researchers,” says Toye.

When she returned to Lagos, using her newfound knowledge she worked with her then PhD supervisor to launch training workshops focused on the principles of molecular biology and its applications in the industry, at the University of Lagos and later as part of her business model at Biologix.

“The training we give addresses a huge gap in our education system,” says Toye.

The team at UCalgary has been a strong support and very instrumental to this success story.

Toye adds that the team at ILGH has been incredibly supportive and never waivered in its objective to build an equitable partnership. Toye was able to discuss business ideas, share her own lessons learned and seek advice about workshop challenges she was facing. As a result, Toye and her team have trained more than 300 students and early career scientists on molecular techniques at the University of Lagos and at Biologix.

“We have to reach beyond our borders to work together and tackle the challenges we are all facing. We learn as much from our international partners as they do from us, including how to problem solve by thinking outside of the box and using low-cost technology,” says van Marle.

Wendy Hutchins is an associate professor in the adjunct department of Microbiology, Immunology and Infectious Diseases. She is the founding treasurer of IndigeSTEAM Society. Her role as the director of the Biotechnology Training Centre at the University of Calgary led to the development of the Bioinformatics and Molecular Biology Training workshops. 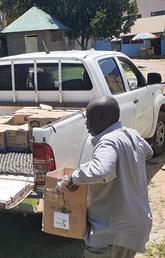 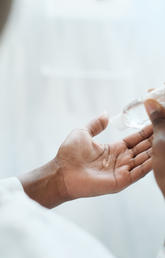 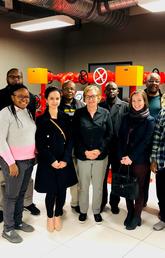 The potential of digital storytelling in global health research 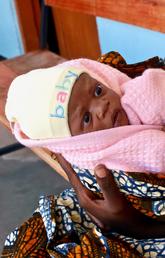